3Strands Global Foundation was established to protect and empower our children, survivors, and those at-risk. Their goal is to eradicate exploitation by implementing prevention efforts worldwide because they believe that prevention changes everything.

To help spearhead this human trafficking prevention effort and initiative, a framework for an effective training model was developed. The initiative was named: TATE (Telecommunications Against Trafficking and Exploitation).

Knowing this, the TATE team set out to create a two-step standard procedure, capitalizing on a pre-existing acronym in the industry: RAN. Recognize And Notify.

View the compilation of training video series on the TATE portal:

These training videos feature multiple professionals in the telecommunications industry, who have experienced firsthand the impact of this human trafficking prevention training.

To participate in the training or for additional information, access the portal at www.3sgf.org/tate. 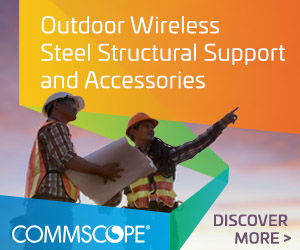 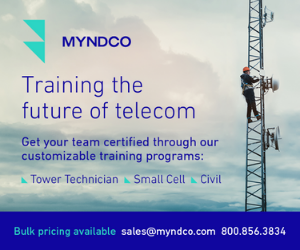 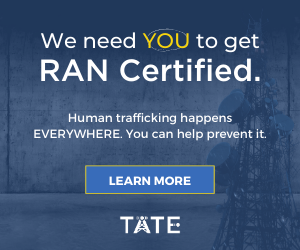