Skip to content
New to NATE? Explore our Member Benefits 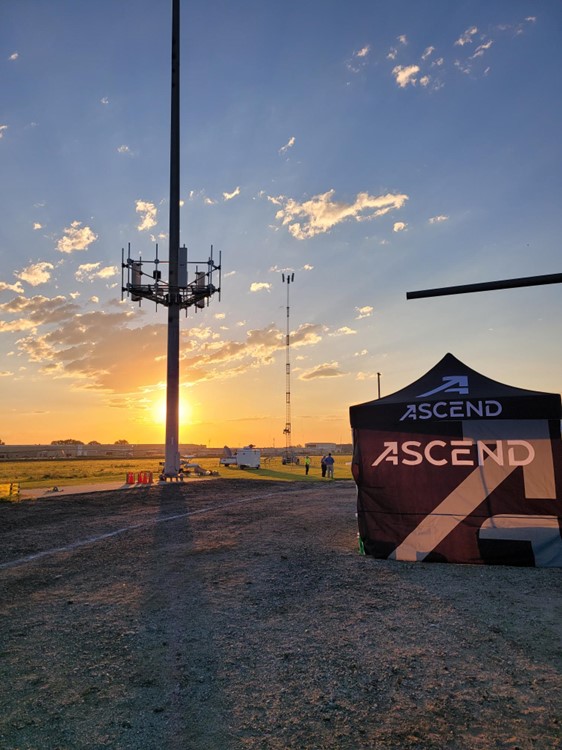 Expo day kicked off with a great breakfast at the Valmont Valley Campus Learning Center. We heard from Valmont leaders Aaron Schapper, Mike Clemente, and Trevor Mecham who spoke about how important this evolution in infrastructure maintenance is becoming across all critical infrastructure segments. Thanks to Avalon Test Equipment for helping us kick off the day with an awesome meal! 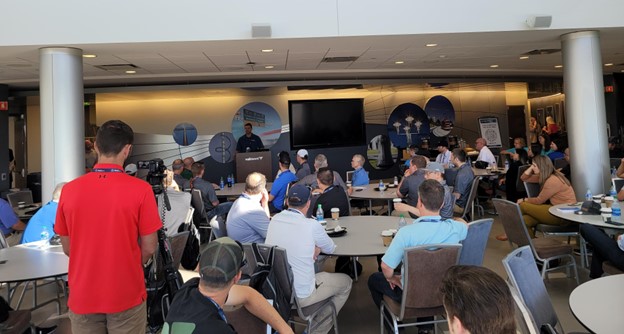 Following breakfast, buses dropped attendees off at the Test Site where exhibitors and panelists were prepped to kickoff a great day of drone flights, product demos, and networking.

We set the expo up to have multiple flights taking place concurrently throughout the day. While Exhibitors were flying our test tower, the audience could watch flights on COWs provided by Solaris Technologies and 360 Communications. We were also excited to have Teltech Group and Verizon on site demonstrating the Flying COW they have been collaborating on. 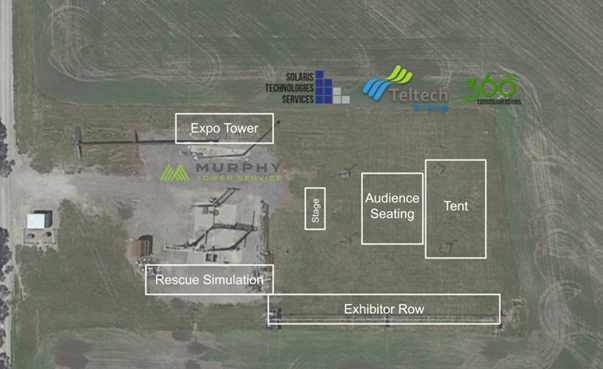 As drones buzzed behind the stage throughout the day, we had a number of panels discussing and exploring different aspects of UAS operations in the tower industry.

We kicked off our panel lineup with Cristina Cossio from Flash Technologies. Cristina discussed common compliance issues in the tower space and their potential impact for owners and operators. From faded paint to nested lighting (see Figure 1.) there are a number of infractions that can have significant financial implications when they fall out of compliance. Nested lighting for instance can come with a $10k/day fine for asset owners. With that in mind, we discussed how drone technology can help the industry better assess compliance factors on towers and avoid costly mistakes.

When we broke for lunch, we were joined by Nebraska Governor, Pete Ricketts. Governor Ricketts spoke about the importance of maintaining critical infrastructure as well as its ability to help us close the digital divide. On September 7, the Governor announced his plans to expand reliable, high speed internet service throughout the state leveraging funding from several Federal programs including BEAD, the Digital Equity Grant Program, and the Middle Mile Broadband Infrastructure Grant Program. 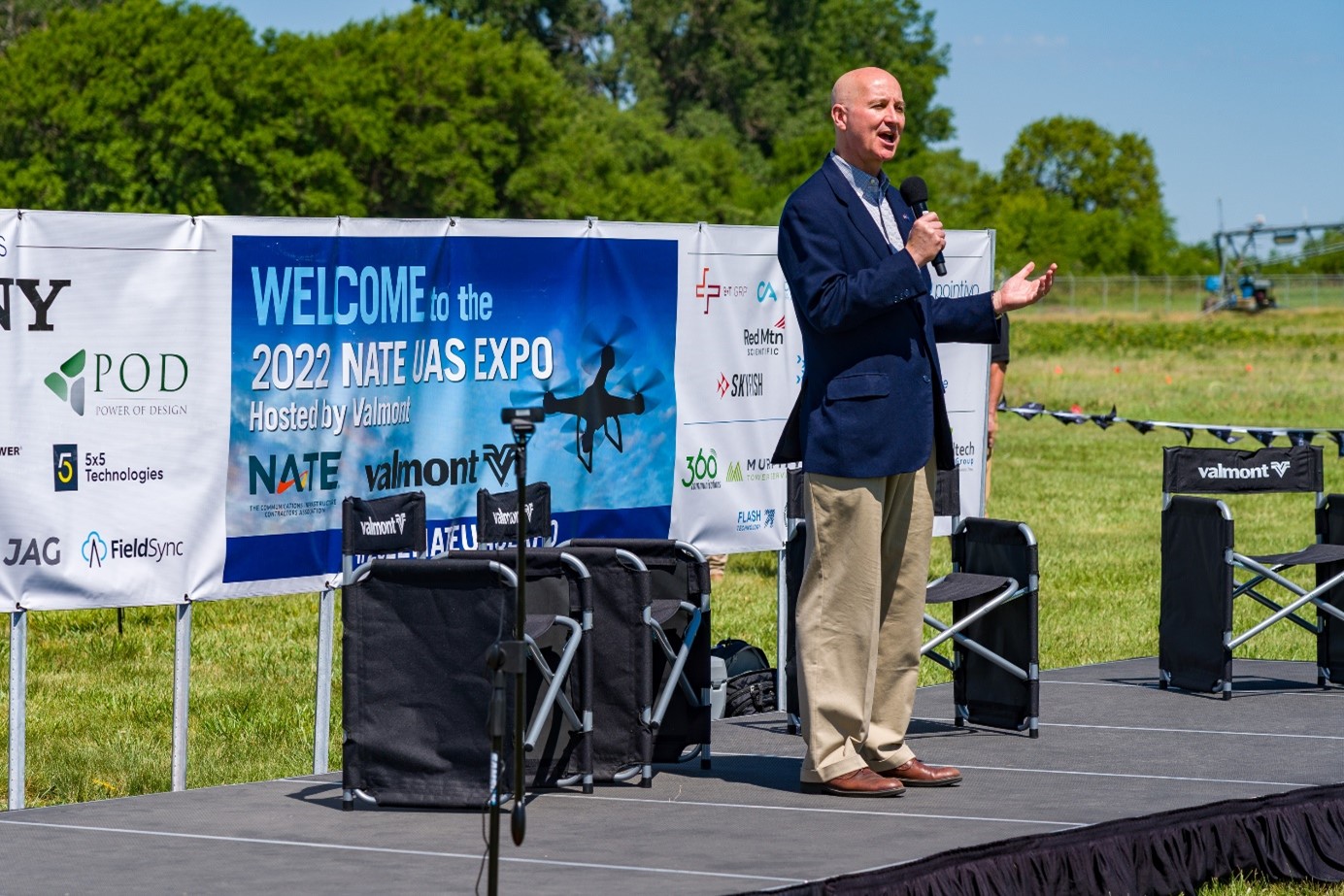 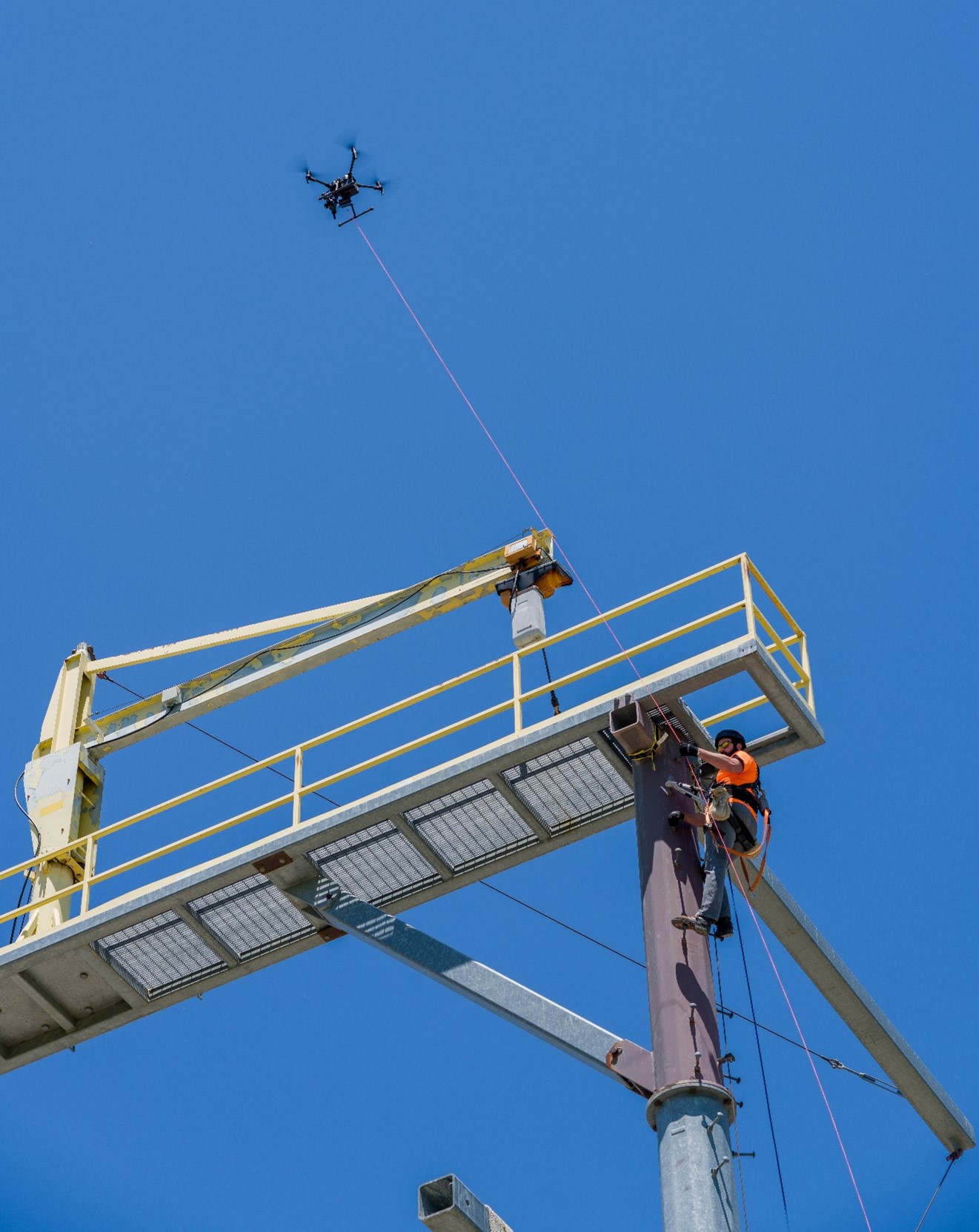 We also spoke with JP Jones of SafetyLMS and Bill Donovan of OSHA regarding the safety benefits drones have created for teams working at elevation. Drones are assisting teams in detailed safety assessments prior to climbing towers. In many scenarios, they are also allowing teams to spend far less time conducting elevated work. The safety applications drones are one of the key benefits driving adoption in all industries. In the wireless industry we are also starting to see greater use of the technology cross over into the rooftop and non-traditional asset classes.

During the safety panel, the team from Hightower Solutions helped us demonstrate a rescue simulation via drone. As you can see in the photo above, we attached a paracord to a drone and flew it up to the “stranded climber” on the tower. Once the drone released the paracord, our climber was able to pull up a rescue rope and safely rappel off tower. 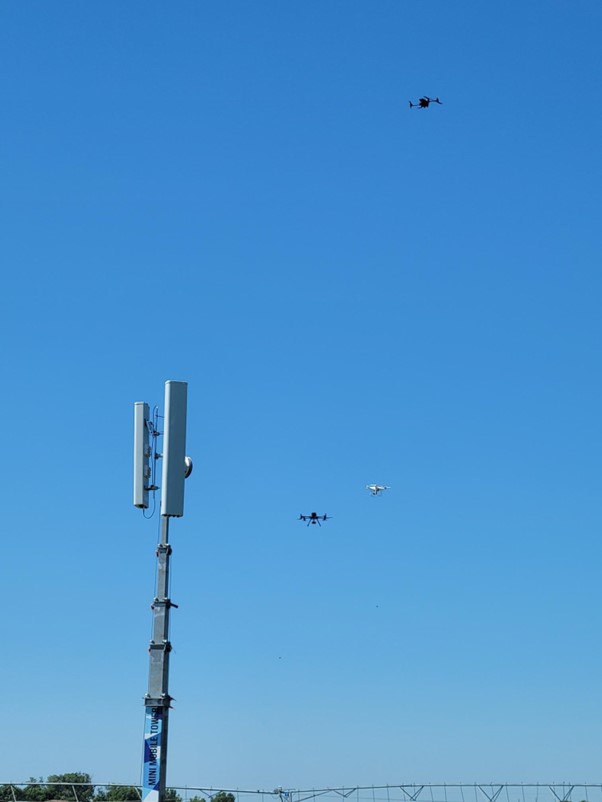 Marc Couch from Ericsson joined us to discuss RFI (radio frequency interference), its impact on UAS operations, and how operators out in the field will navigate these issues today and into the future. While operations around network equipment is no longer new or novel, our understanding of how different frequencies affect different airframes is still relatively anecdotal. The NATE UAS Committee plans to include a more robust RF simulation in next year’s Expo.

One of the crowd favorites during the Expo was a demonstration of Valmont’s WaterDragon Drone. To put it simply, it’s a flying pressure washer. One of its primary applications in the market today is cleaning debris from insulators and other equipment in the utility space. But given the potential crossover in use cases, the Valmont team is excited to explore additional applications in the tower space including paint, and remedies to corrosion on structures.

BVLOS or Beyond Visual Line of Site, is a hot topic in the drone world today. Seth Hasty and Shawn Tufts of the FAA joined us to discuss how their teams are leveraging BVLOS operations within their operating division. As the technology evolves drones are becoming capable of longer-range flights and fully remote operations. While still in its infancy, BVLOS operations will certainly create significant opportunities for efficiency gains, reduced human deployment, and remote analytics on assets across all industries.

In the tower space, BVLOS has a number of future applications including fully remote operations leveraging drone-in-a-box concepts which could be installed on or near tower sites for rapid deployment and assessment. Jake Lahmann with Valmont also shared how their team is currently using BLVOS operations to serve their Utility for long spans of distribution and transmission line. By next year’s expo I expect we’ll have much more to talk about in this category.

During our final panel of the day, we were joined by Fraser Payjack of Teltech Group and Bob Pesavento of Verizon. They were able to give us a live demonstration of their Flying COW solution and share with us some of the popular use cases. In addition to providing additional network capacity at events like the Expo (thanks again guys) flying COWs are becoming a critical piece of equipment in disaster recovery efforts like hurricanes and tornadoes when traditional infrastructure has been impacted creating network outages. Tethered to its power source, these COWs can theoretically provide coverage for an indefinite period of time.

We’re expecting an even bigger crowd for next year’s Expo so we’ll be sure to have them back to keep us all connected! 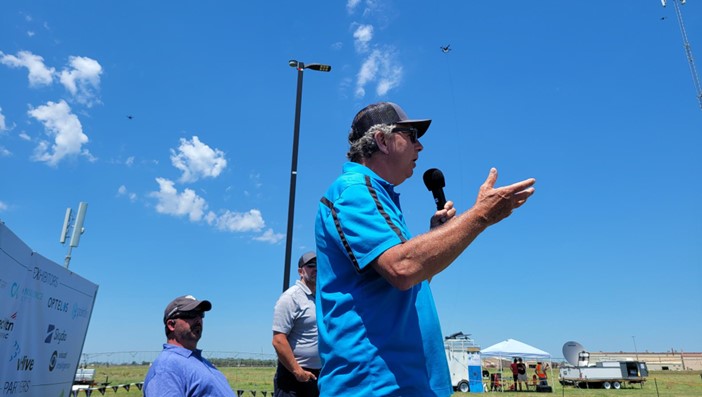 Over the past few years at both the NATE UAS Committee and the TIA Drones Ad Hoc, we had discussed the potential behind coordinating a drone crash study. Fun idea? Of course! But more importantly, it would give us the ability to better understand the potential damage that a drone could case to equipment on a tower. Across the board, most industry stakeholders believed that the potential for damage was very minimal.

To wrap up the Expo, we put that theory to the test. Thanks to Multicopter Warehouse, SkyGear Solutions, and Valmont we had a stable of sacrificial drones that we crashed into antennas, radios, a lighting system, and a segment of coax. What we found was that the theory held up. Tower 9 – Drones 0.

In the weeks since the event we have laughed about how it was a relatively anticlimactic grand finale. And for that, we are grateful! Take a look at some of the videos below and see for yourself.

As mentioned in the article, research is ongoing with a goal to have a draft released in the early fall. We are thankful to all of our exhibitors who helped us make it possible and our Research Committee for bringing the research to life. We will put together a separate post with initial results in the coming weeks so stay tuned! 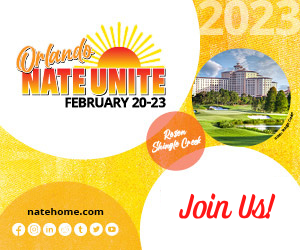 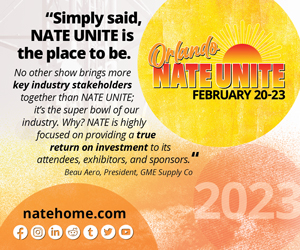