Congressman McKinley is a senior member of the influential House Energy and Commerce Committee, where he has championed important communications and workforce development legislation. The tour was designed to highlight the prominent role that telecommunications technicians and wireless infrastructure are playing in the country’s efforts to provide broadband coverage to rural and underserved communities. The event also provided a valuable platform to generate momentum for the Congressman’s Facilitating DIGITAL Applications legislation, which would make it easier to develop and permit broadband infrastructure on federal property through online applications.

During the event, McKinley participated in a tour of the multi-carrier tenet network equipment that is installed on the tower. The Congressman also visited with the NATE and SBA Communications representatives about the work that is conducted on a daily basis building, maintaining and deploying communications tower sites and related wireless infrastructure. He was also provided with a unique opportunity to experience wearing a harness and the personal protective equipment gear technicians utilize to carry out their jobs in a safe and efficient manner.

Given the increased use of unmanned aircraft vehicles, participants also viewed a drone flight demonstration and heard from NATE members about the opportunities these technologies provide for contractors and tower technicians. Participants also shared with the Congressman some of the challenges facing the industry as the Federal Aviation Administration continues to work on regulations impacting commercial drone usage.

“I have been proud to support funding that has been awarded to the first congressional district to help ensure every West Virginian has access to high-speed internet and communications services,” said Congressman McKinley. “Today, I saw how the tower owners, contractors, and technicians put that money to use to expand coverage in our area. This is another great example of the positive impact traditional infrastructure funding could have in West Virginia.”

“It was an honor to host Congressman McKinley at the Clarksburg tower site,” stated NATE Director of Government Relations and Wireless Industry Network Todd Washam. “Congressman McKinley has championed a number of our industry’s legislative priorities and we are excited that he has now experienced first-hand what contractors and technicians face on a daily basis. It is clear that the Congressman has an appreciation for the role that NATE members play in expanding broadband to communities in his district.”

“It was an honor to host our representative in Congress, Mr. McKinley today at the Clarksburg tower site,” stated Todd Hetrick, Manager of Tower Services and Telecommunications at Pillar Innovations LLC in Morgantown, West Virginia. “As a communications infrastructure contractor, I am proud of the work we do to expand broadband services to our communities, and it is great to see our local Congressman is working to support our industry. As one of his constituents, I am pleased to know that he has a deeper understanding and appreciation of the work we do and the role we play in expanding broadband to every community in his district.” 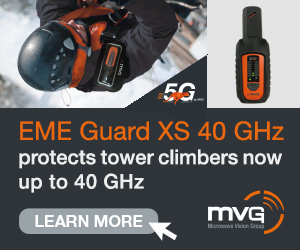 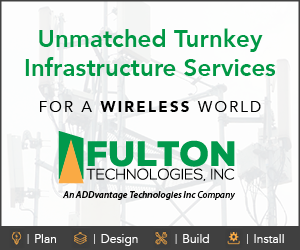